Valve robbed Nintendo of the limelight-people have been enthusiastic about the minimal upgrade brought by Switch OLED, but then the emergence of Valve’s own portable game console provides people with an attractive choice.

Many people complain about the lack of physical gaming media, which makes it easier to sell old games that are no longer needed.It’s true, but the whole reason Steam exists is that you can buy, install, and play new games with just a few mouse clicks, and doing it online makes the whole process smooth and unimpeded. 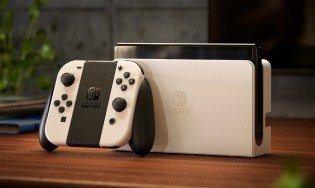 In addition, it is just an unusual-looking Linux PC. If you really need it, you should be able to connect an external DVD drive via USB. Deck is a PC, well, all three models have 2230 m.2 slots. Storage can be upgraded, but Valve warns that SSDs are difficult to reach and advise end users not to fiddle with it. Therefore, if you plan to get the cheapest option ($400, 64GB eMMC storage) and replace the storage yourself, you may need to reconsider.

Nintendo’s game cards do provide the advantages of physical media-including games that do not take up memory space and the installation time is not long. You can also sell them. 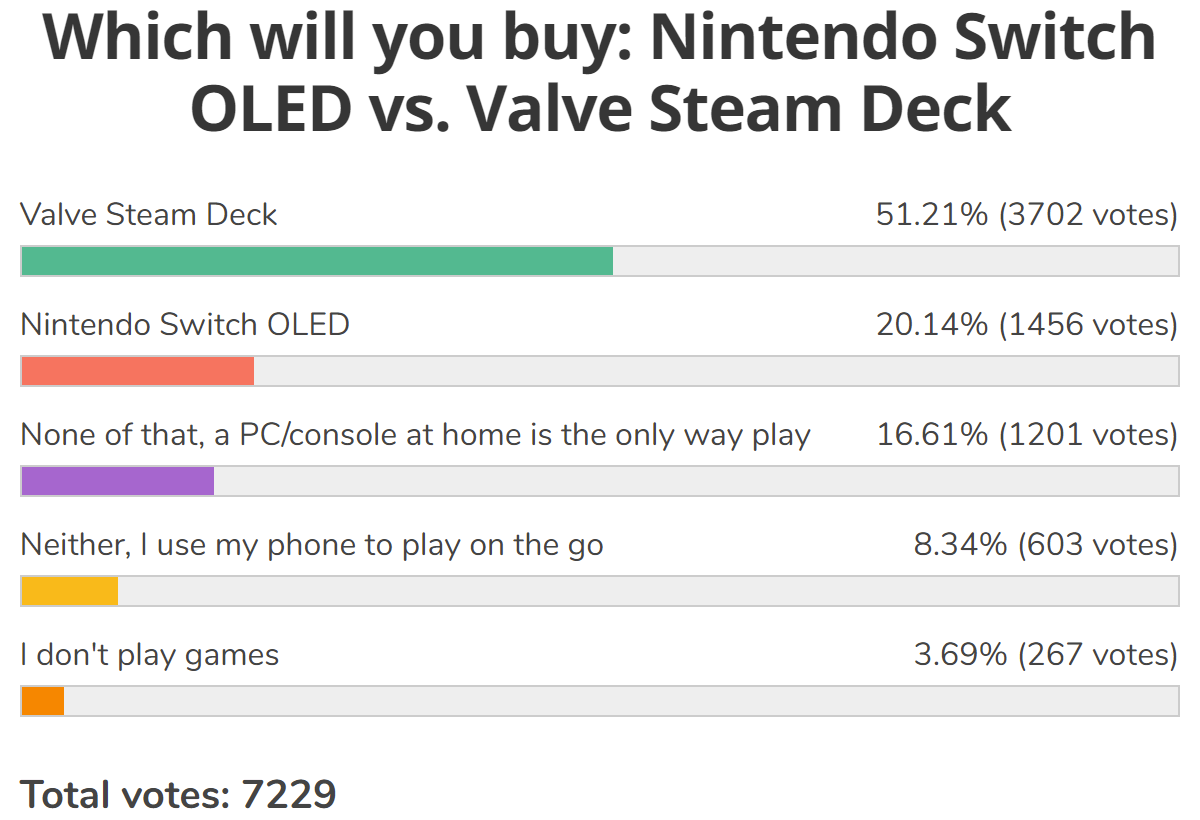 If Nintendo releases Switch Pro, it may reverse Valve’s situation. But for now, Steam Deck looks like a better portable game console, at least in the eyes of fans.

Naturally, some people prefer more powerful desktop computers and home game consoles. If you want modern, high-quality graphics, this is the way to go. However, it is surprising that very few people voted for them to use mobile phones to play games-“surprisingly few”, considering the number of gaming phones announced.