One of the first 5g phones in the world, promising faster download speeds and more reliable connectivity than 4G LTE. Some of its other benefits include plenty of storage, big battery and four rear cameras making it an exceptional mobile.

A lot depends on 5G rollout from your local carrier. It may take longer to launch in other parts of the world and some may not even get it at all. Just like S10, S10 plus and S10e, the Samsung Galaxy S10 5G release date was in April and May in the US.

After South Korea, the next territory to get the handset will be the United States. There is no word on the UK availability yet but you can be sure that when the UK 5G networks arrive, you can bet that the 5G Galaxy S10 won’t be far behind it.

The Samsung Galaxy S10 5G release date was May 16 in the US, and its first launch in Korea on April 5 [making it the second 5G phone in the world behind the Moto Z3- by two days], while UK release date was June 7.

At 162.6×77.1mm it is only fractionally wider and taller than the Galaxy Note 9 and notes 8, which had 6.4- inch and 6.3- inch screens respectively, while at 7.94mm the Galaxy S10 5G is thinner than both, despite packing a larger battery. Shifting your attention to the mammoth display, you’ll notice the 6.74- inch, 19.9 screen is big, bright and spotting a camera block in the top right corner. The screen has a QHD+ resolution, providing pin-sharp visuals and during our time staring at the lock screen and using the camera we don’t experience any obvious issues with it.

the screen is an ultrasonic fingerprint scanner, which enables a clean design on the rear of the Galaxy S10 5G- slight camera. Samsung claims the scanner will work whether your fingers are wet or cold. The display also curves over the edges of the handset, creating the familiar, futuristic finish we are all familiar with the Samsung flagship phones.

Samsung Galaxy S10 5G is a big, big phone, which is unsurprising considering its 6.7 display. The power key is located on the right-hand side and is reasonably easy to reach, while the volume rocker sits above the Bixby key on the left, it gives you quick access to Samsung’s digital assistant. It’s no heavier than the previous note handsets either, tipping the scales at 198g; that isn’t exactly light for a smartphone but again considering the size it’s acceptable. The Galaxy S10 5G also adopts the new Infinity-O design which allows the display to bleed to the very edge of the chassis, with a hole for the dual pixel 10-megapixel selfie camera to peek through.

Like the Galaxy S10e, Galaxy S10 and Galaxy S10 Plus, the new 5G variant supports fast wireless charging. Unlike the other S10 handsets, it includes a new super-fast wired charging feature developed by Samsung which supports the 25W charging system unveiled by OnePlus alongside its limited edition OnePlus 6T McLaren edition, which can reach a minimum of 30W when refilling the phone. The Galaxy will sport 8GB RAM- slightly less than the 12GB inside the ultimate performance edition of the S10 Plus coupled with 256GB of built-in storage. Unlike every other model in the S10 range, Samsung has not confirmed whether the Galaxy S10 5G will support expandable storage via Micro SD card slot. Despite the name, the Galaxy S10 5G has little in common with the S10 and S10 Plus. Galaxy S10 5G is missing the heart-rate sensor included on the Galaxy S10 and Galaxy S10 Plus, we are not entirely convinced you’ll miss it

Samsung Galaxy S10 5G is the only S10 handset to boast of four rear cameras, and it’s only the second device from the brand to pack this number [the other being the Galaxy A9 2018]. The first three cameras are identical to the triple-sensor setups on the Galaxy S10 and S10 Plus, with a main 12MP variable aperture camera, a 16MP 123-degree ultra-wide snapper, a 12MP telephoto lens. It’s the fourth camera on the Galaxy S10 5G which is the most interesting. An HQVGA 3D depth-sensing camera, also known as the time- of –flight camera. The TOF provides accurate depth-sensing helpful for face recognition, 3D imaging, VR [virtual reality] and AR [augmented reality]. Combined with 5G network speeds the mobile, the technology opens up a vast array of new VR and AR experiences which simply aren’t possible on 4G. It can also help to optimize the photos taken by other cameras, providing a better background in Samsung’s ‘Live Focus’ portrait mode.

What’s more, you can also get an HQVGA 3D depth-sensing camera in front of the phone, alongside the same 10MP camera found on the other S10 handsets. If you have not been keeping up, that takes the total camera count on the Galaxy S10 5G to six.

The Samsung Galaxy S10 5G comes with a huge 4,500mAh battery- which when you think about it isn’t a surprise. Samsung claims the Galaxy S10 5G will be able to last for 24 hours on a single charge, and our time using the handset so far it appears right. There’s a massive QHD+ display to run, along with a heap of power under the hood and 5G connectivity. The S10 5G can be charged wirelessly with support for Samsung fast wireless charging 2.0 technology enabling you to top it up in an efficient manner. Like the other S10 handsets, the S10 5G also comes with wireless power share which lets you wirelessly charge other Qi-compatible devices [including iPhones] by placing them on the rear of the Samsung. You can plug the S10 5G into the mains via cable and then effectively use it as a wireless charging pad for devices such as the Galaxy Watch, Galaxy buds and other phones you or your family/friends have. It isn’t an overly fast way of charging other devices, but it means you only need one power outlet and charging cable. Thanks to the new wireless power share feature, this not only lets you top-up the Galaxy BUDS- the new air pod rivals announced at the Galaxy unpacked alongside the new handsets- by placing their bundled charge case on your new phone, but it can also be used to top up rival smartphone batteries. Like the Galaxy S10e, Galaxy S10 and Galaxy S10 Plus, the new 5G variant supports fast wireless charging. Unlike the other S10 handsets, it includes a new super-fast wired charging feature developed by Samsung which supports 25W charging over USB-C.

Galaxy S10 is missing the heart-rate sensor included on the Galaxy S10 and 10 Plus, but we are not entirely convinced that you’ll miss it.

There’s plenty of power crammed inside the Samsung Galaxy S10 5G, with a high-end-octa-core processor joined by 8GB of RAM to keep Android 9 ticking over nicely. When the Galaxy S10 5G did manage to lock onto 5G network, app downloads were almost instantaneous [for the likes of Whatsapp and Instagram] and we were able to stream 4K video from YouTube without having to wait for it to buffer. It is the same power setup as in the Galaxy S10 andS10 plus, two handsets were used extensively, so the differences between them should be minimal and Samsung’s Android overlay should provide a smooth, slick experience with fast load times and no sign of lag. There’s currently a review on the Galaxy S10 5G in the US, but we have also spent time with the handset in Seoul, Korea, where we were able to achieve 5G speeds of up to 830Mbps- although we did have to find the 5G coverage first. You can also get a generous 256GB or 512GB of storage inside the Galaxy S10 5G.

The Samsung Galaxy S10 5G has a single major benefit over the other Samsung phones: its 5G capabilities. You can buy the Galaxy S10 5G from Verizon, Sprint, or T mobile and each carrier have different coverage maps for their 5G networks. The first thing you need to do when considering the S10 5G is to find out which carrier has coverage where you live and visit. If the carrier doesn’t have coverage for you, then you shouldn’t buy the Galaxy S10 5G.

Even when your carrier of choice does not technically expand its 5G network to you, you may find that the actual footprint and consistency of the network is not what you had hoped- it’s going to take a very long time for 5G networks to reach the same sort of ubiquity we’ve become accustomed to with 4G.

The S10+ is under $1,000 and is effectively the same as the S10 5G minus the 5G capabilities. You still get the same great hardware, internal specs, and core camera features. It’s just a little smaller which may actually be an upside for many people. The Galaxy S10+ is a great value and nearly identical in daily use. Even when 5G comes to your region, the likelihood is that the coverage will be limited to major cities, while as we have mentioned this handset [and others like it] is expensive as will the 5G plan you’ll need to commit to in order to make most of its 5G capabilities. Its huge screen and abundant power and storage will likely appeal to power users keen to get abroad the 5G train as early as possible, but for most consumers, the standard S10 and S10+ represent a better buy and we found the S10e to be a perfect value pick for people on a budget.

The Samsung Galaxy S10 5G probably won’t take the world by storm, but it lays important foundations for the future of mobile. 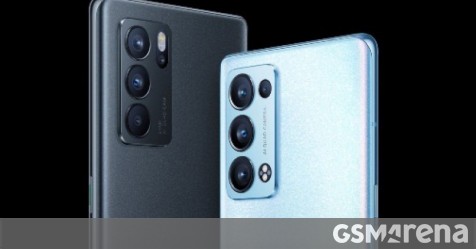