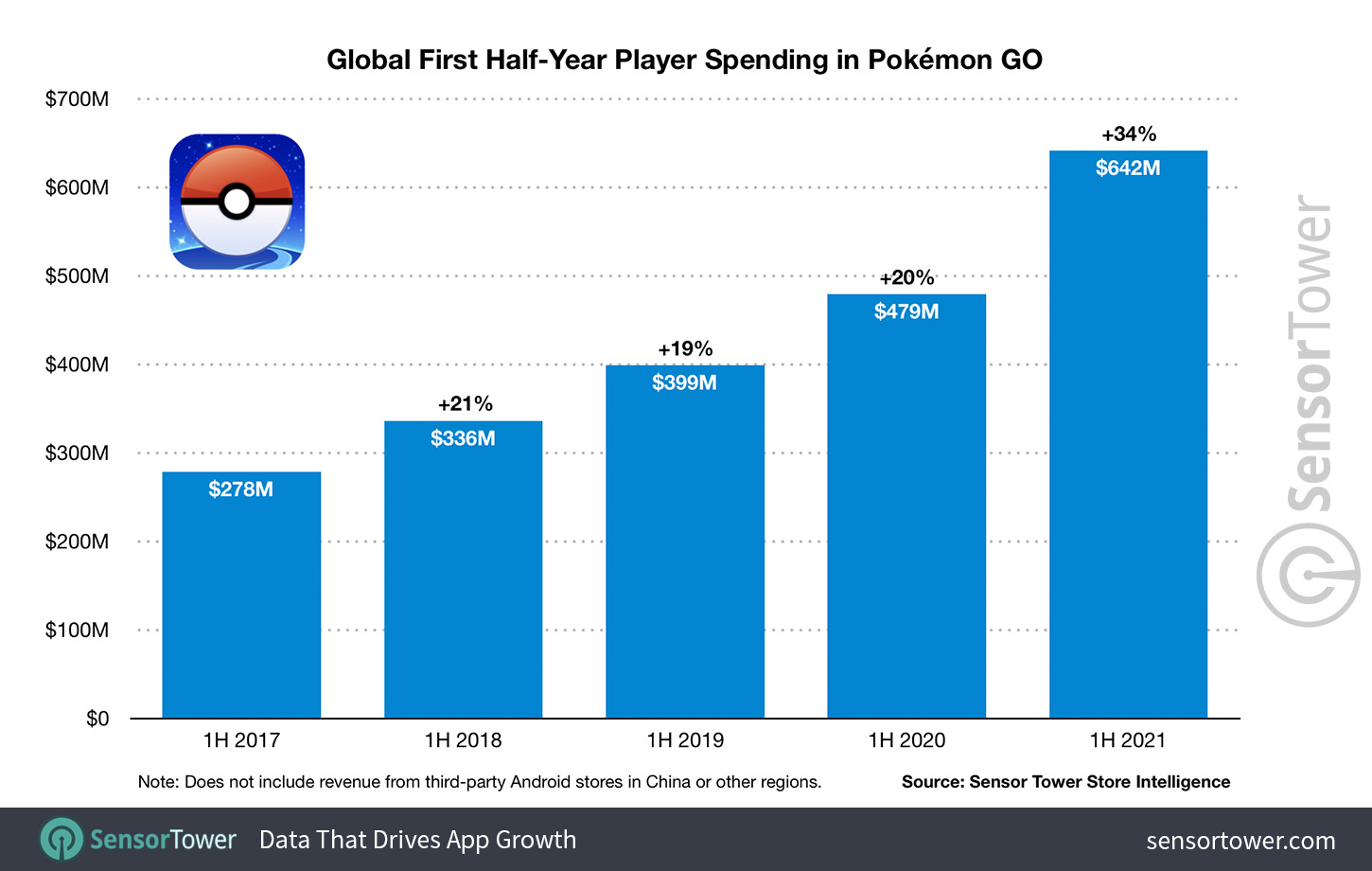 Pokémon GO created a record player spending revenue in 2020, an increase of US$1.3 billion globally, a 41% year-on-year increase. As we enter the second half of 2021, the game has accumulated about half of its total revenue in 2020.

So far, the United States is the top income country for Pokémon GO, with a total income of 1.9 billion U.S. dollars, accounting for 36.6% of the country’s players’ lifetime spending. Japan ranked second with 32%, while Germany ranked third with 5.4%.

To date, Pokémon GO has been downloaded approximately 632 million times. The United States ranks first in terms of installs, generating 115.5 million downloads, accounting for 18.3% of total downloads. Brazil ranks second in terms of installations, while India ranks in the top three.

Pokémon GO continues to be a strong player in the global mobile game market, maintaining relevance through a series of key updates and the continuous addition of new Pokémon. The COVID-19 pandemic and blockade may be a huge challenge for games that focus on outdoor players, but adding more stay-at-home features to let users play games has paid off, and revenue in 2020 hit a record high . This impressive performance continues, and 2021 has become a glorious year for popular games.